About five years ago bustle skirts were being sold in Top Shop made by a company called Lulu and Red for about £90. Now I love fashion as much as the next girl but that little voice in my head was saying "I could make that" crept in and I spent a good ten minutes scrutinising how it had been constructed - does anybody else do that or is it just me?

Well, I made quite a few of these skirts - some of them made their way into my wardrobe and others (an over the top tartan version inspired by Vivienne Westwood) didn't!

The two skirts that I have still got are made in more wearable everyday fabrics and they were quite easy to make involving no pattern. All you need is a rectangle of fabric and a long and strong zip. I customised with buttons and ribbons, but its up to you what to do. 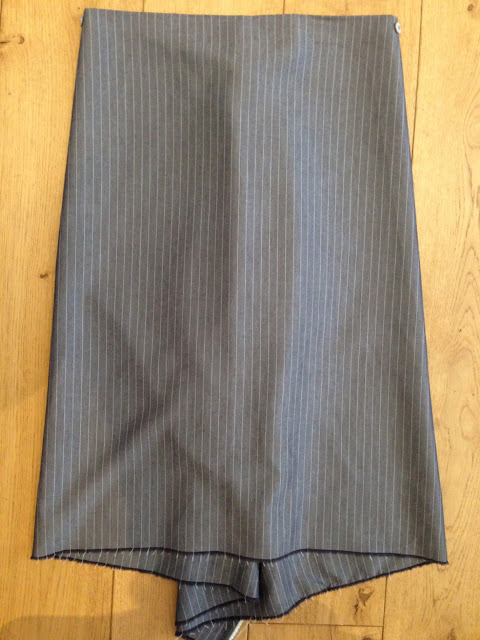 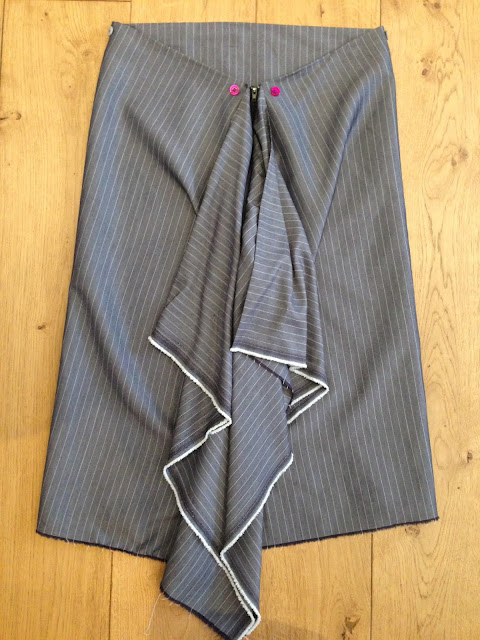 The placement of the zip is crucial for holding the whole skirt together leaving the remainder of the rectangle of fabric falling in a cascade - hence the bustle.
I left the edges of the fabric raw at the hemline of the skirt - just did some pulled thread work to create a finish that replicates the white selvedges at the back bustle.

On the second skirt I folded the rectangle so about two thirds of the folded fabric created a second layer of drape at the back. I used a friends overlocker in contrasting red thread to finish the edge of the hemline and folded section of the skirt to match the bright red zip. I finished the orange ribbon detail with some hand stitching in red thread to complete the look. 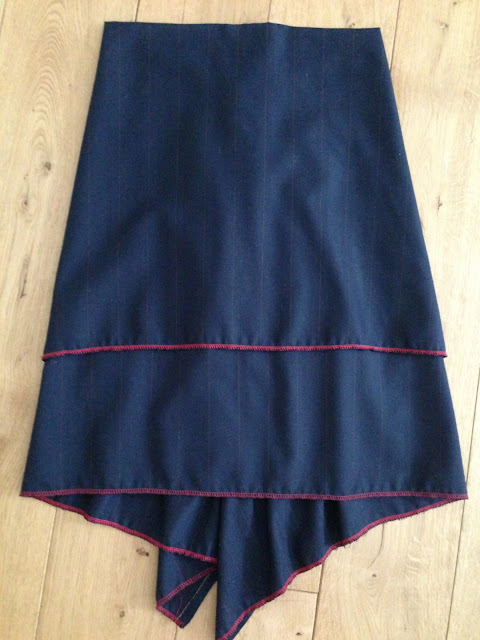 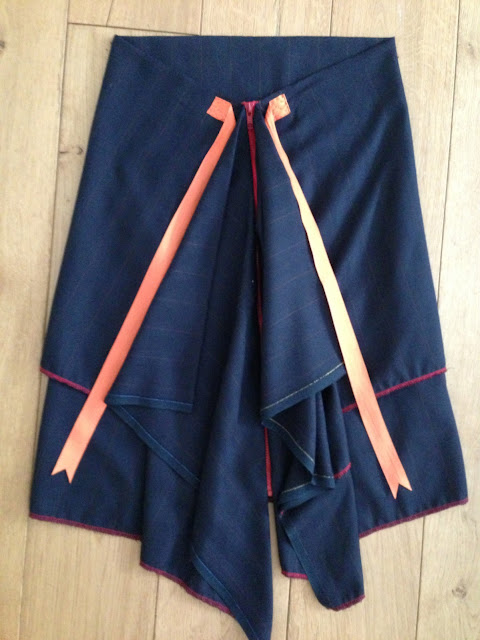 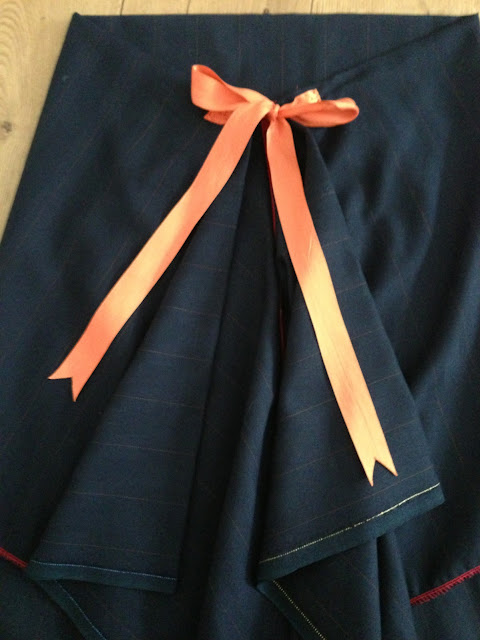