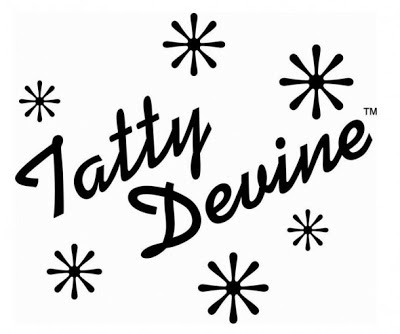 I was really excited to book a workshop at Tatty Devine's main studio near Brick Lane but a couple of days before the workshop I was told it had been cancelled. I received a full refund AND the chance to go to the 'bunting' workshop free of charge - wahooo!

The workshop ran from 10am - 11.30am so I had a reasonable early start and headed out on the Circle line to Liverpool Street. It a brisk walk from here but the sun was out and I enjoyed the walk past some of the cool cafes, pop-up shops and vintage boutiques around Brick Lane.

The workshop was help in the Brick Lane store and there were pots and pots of little laser-cut bunting pieces in all colours of the rainbow. The hardest thing to do was to decide the colour combination of the necklace. Once the fiddly job of opening and closing the 'junk rings' was mastered there was no stopping me.

Here is the final necklace! What do you think? What colour combinations would you go for? 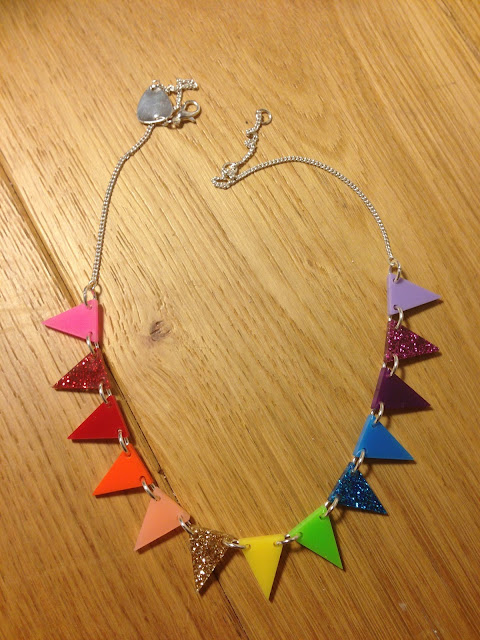 The Palace Art Fair is an annual event that showcases local artists, designers and crafts people. There are stalls and exhibitions of loads of very talented people - including Blaze and Mel from the Putney School of Art etching class had entered the Fulham Palace Art Fair and exhibited their work on a stall together - their work looked absolutely brilliant and I think they sold quite a few prints between them! Nice work there girls...

I met up with Louise (from etching) before the Private View and had a lovely cup of tea and chat and we wondered down to Fulham Palace to see the girls - some sections of this building date back to the 700's!!

We all had a lovely evening and I really enjoyed seeing Blaze and Mel's work look so professional in their section of the exhibition.
Posted by Caroline at 13:50 No comments:

I enjoyed a lovely Friday evening with a friend soaking up some Pop Art at Tate Modern and scoffing some tasty grub at Jamie Oliver's Union Jack's.

Sunglasses alert outside the gallery. 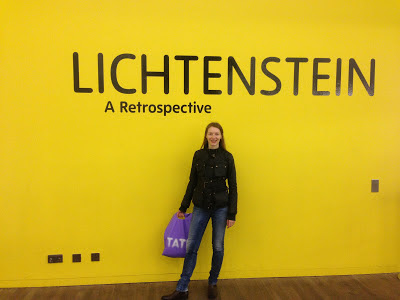 All the classics were on display and the best room exhibited Lichtenstein's iconic comic book inspired pieces - which can now be found on my settee! 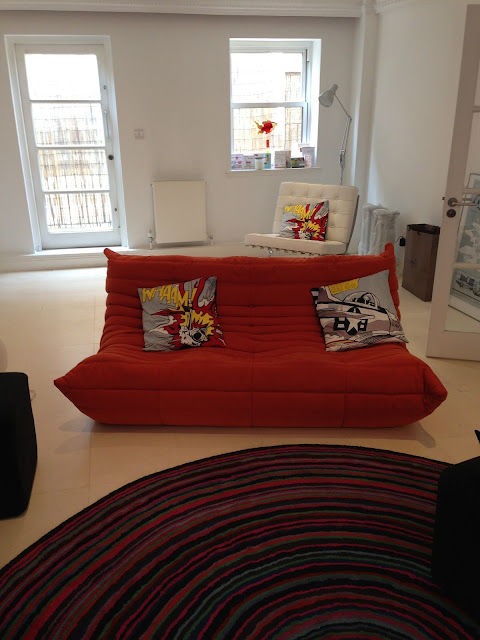 Posted by Caroline at 13:38 No comments: 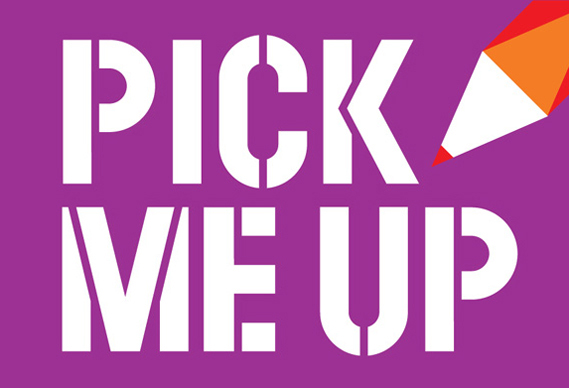 I managed to see the last hour of this Print Fair on the Friday night hoping to get to do a workshop with  Jon Burgerman but I was just about 5 minutes late for the last slot - typical!
Anyway the show was full of really fab stuff and after a speedy rumble around I selected this cool multi-screen print from a USA print collective called 'Fatherless' - here is a link to their work: http://www.wearefatherless.com/

What do you think to my new print? She now lives in my lounge looking pretty hot! 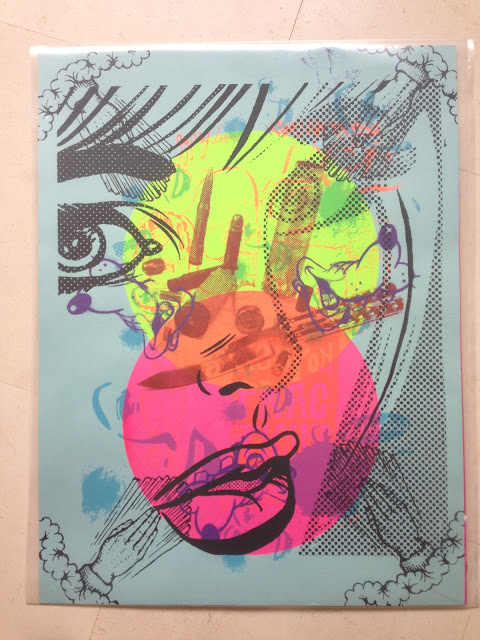 Posted by Caroline at 13:27 No comments:

Last summer I enjoyed the 'Into the Wild' art course with artist Liz Charsley-Jory and produced five oil pastel studies of the trees and woodland of Dulwich Park. A month or so ago I was contacted by the staff at Dulwich Picture Gallery asking if they could use an image of one of my pieces of work in Liz Charsley-Jory's exhibition to show the diversity of workshops she has provided during her residency at the Gallery. I was delighted to say yes and took the journey out to Dulwich village on the 19th May to see the exhibition and visit the Dulwich Festival Artist Open Houses too.

Liz's work is influenced by the 'Group of Seven' Canadian artists who were influenced by the majestic landscapes of Canada and worked outdoors. They worked during the 1920's - 1930's and stove to capture the light and bold structures of the landscape and felt that it should be captured whilst being 'close to nature'. 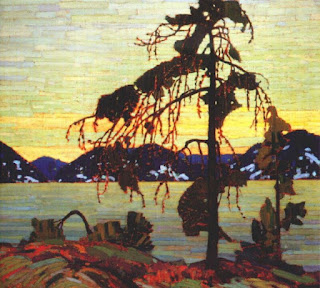 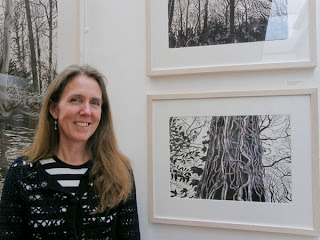 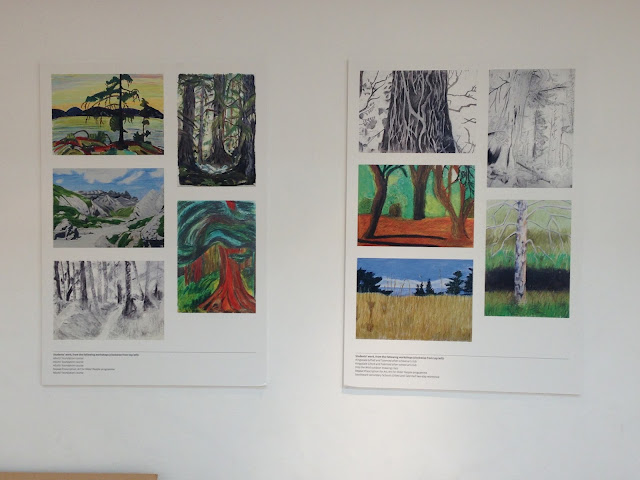 This was a brilliant gem. Street artists such as: Phil Ashcroft, Thierry Noir, Phlegm, Remi Rough, Run and Stik were given permission to decorate an abandoned house on Lordship Lane. It was open to the public for two weekends and the house was filled inside and out with mad, crazy and awesome graffiti and street art.

Here are a few photos of the best bits: 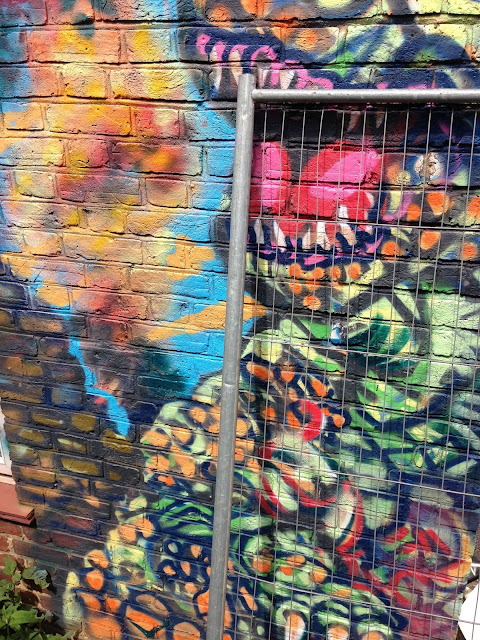 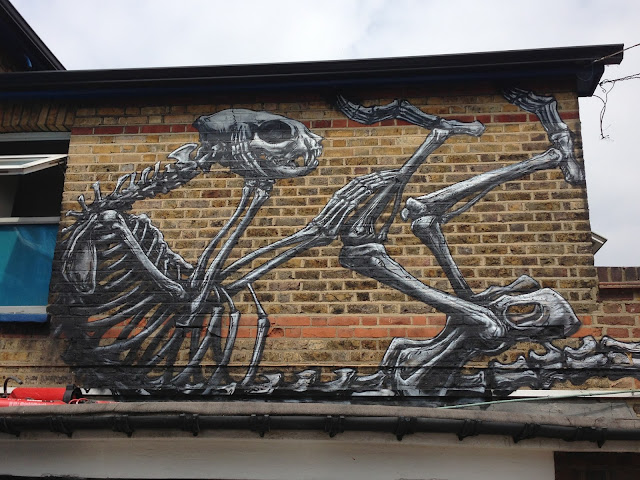 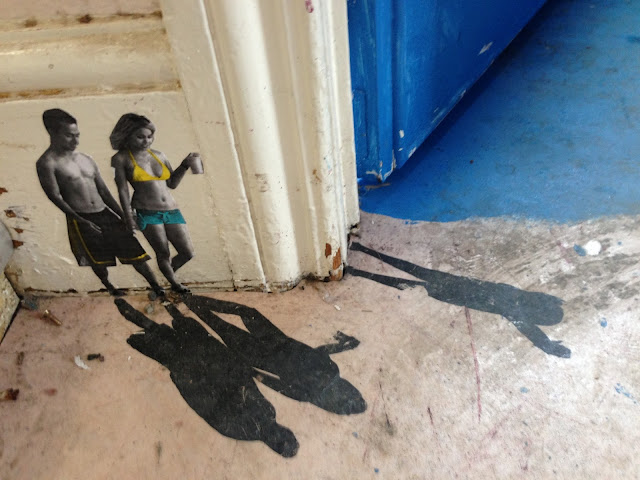 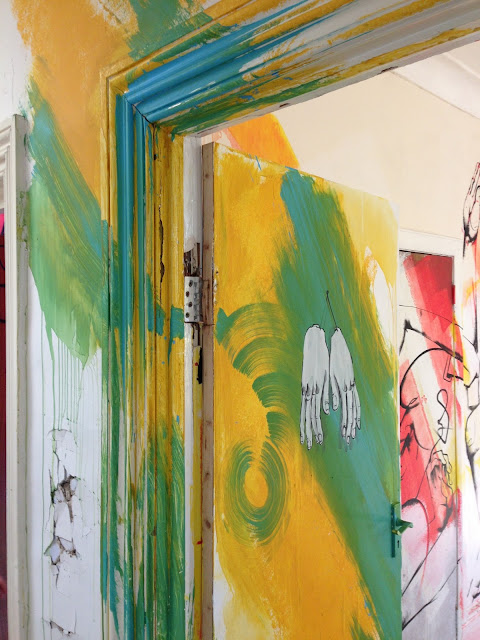 Posted by Caroline at 13:07 No comments: