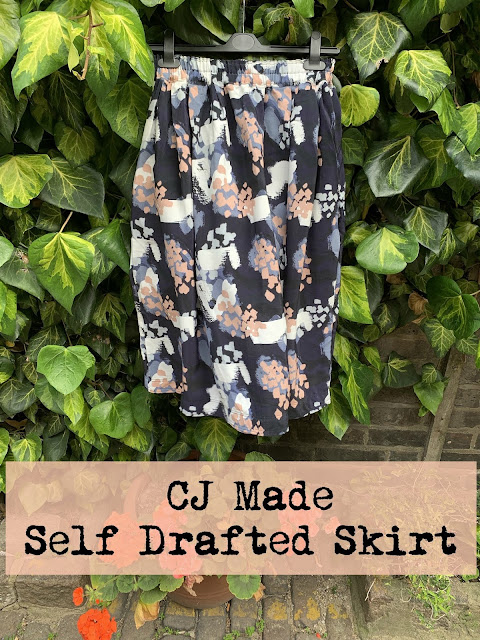 During the recent Me-Made-May challenge I had pledged to address the eternal sewists problem of the half-finished item otherwise known as the UFO (unfinished object) or the WIP (work in progress). I have several 'bags' of these incomplete items and wanted to tackle them in May. This is the first of a few completed garments I have been working on.

This self-drafted skirt was started about two years ago with some stash fabric. It is a beautiful heavyweight viscose I treated myself to from Stoff and Stil way back in 2017 when I made the Sew Over It Alex Shirtdress with it.

Calling it 'self-drafted' feels a little over-stated as it is a basic gathered rectangle of fabric with two pockets. I wanted the insides to be pretty so I bound all the seams with self-made bias tape (this is the point where the skirt was abandoned for 2 years). This part of the process took the most time to sew. 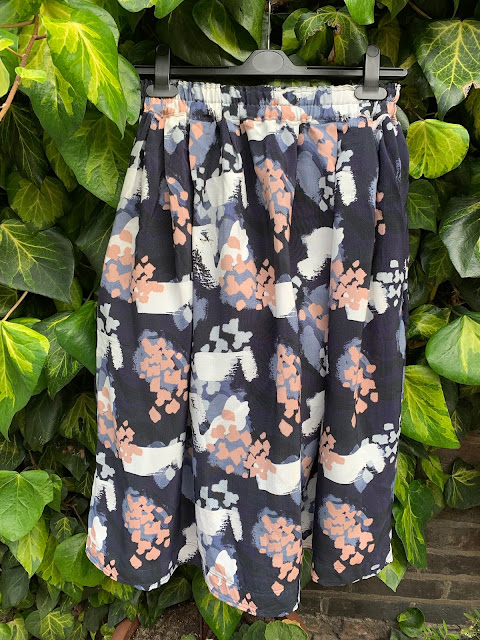 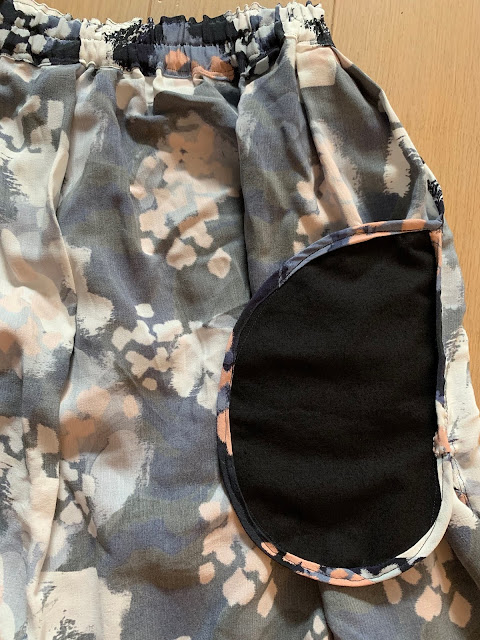 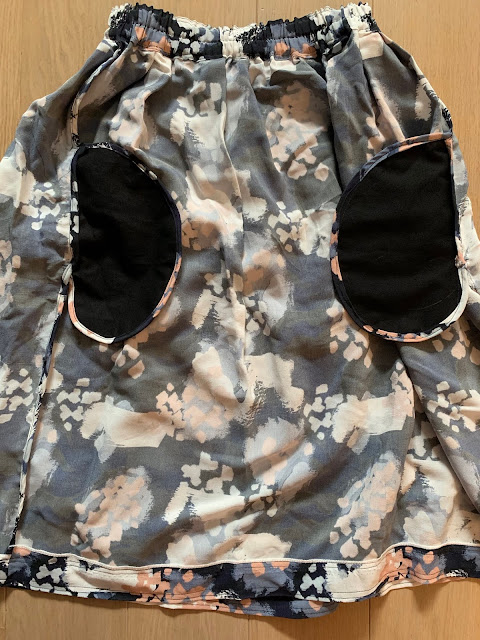 The elasticated waistband was originally one large folded over channel for the elastic but when I only found thinner elastic in my stash I decided to sew through the middle and created two channels. I threaded the thinner elastic through both sections and it looks like an intentional 'design feature'. 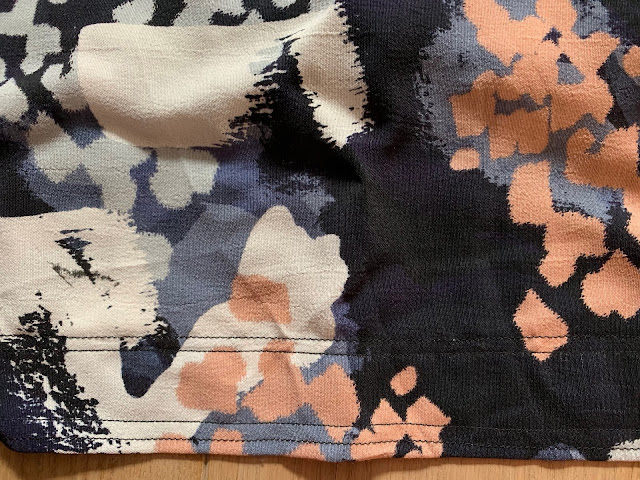 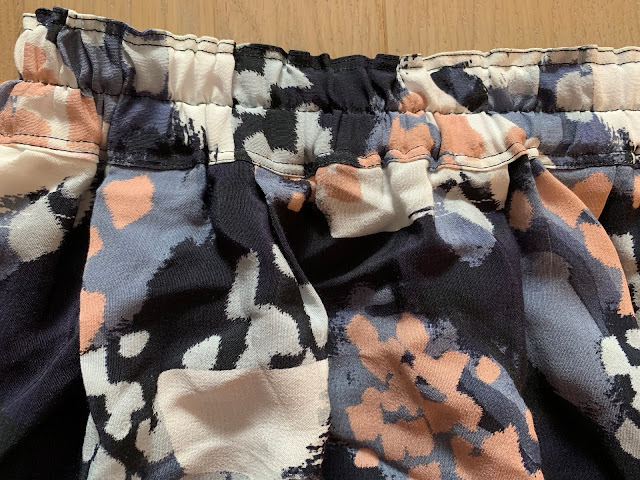 I really enjoyed finishing off sewing and wearing this skirt. I am glad it has been released from the UFO limbo that it has been residing in for the past two years! 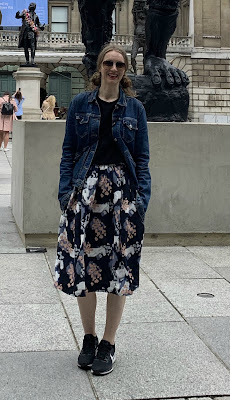 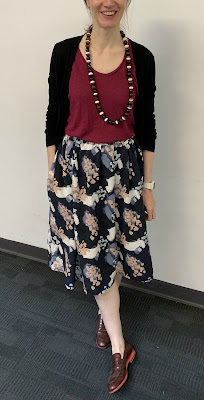