Navy Sew Over It Cigarette Pants AKA Grown-Up Trousers 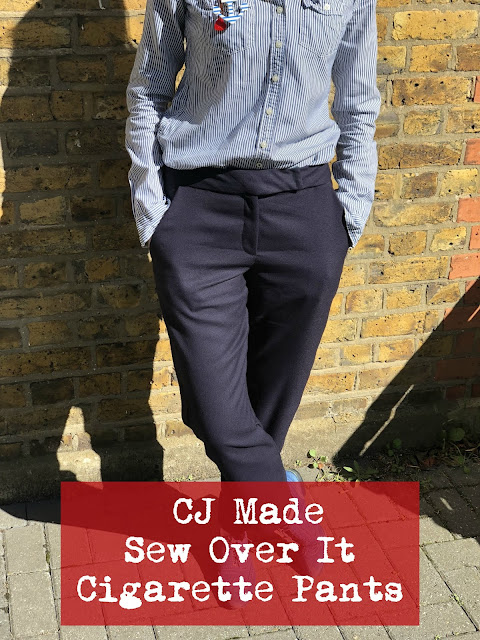 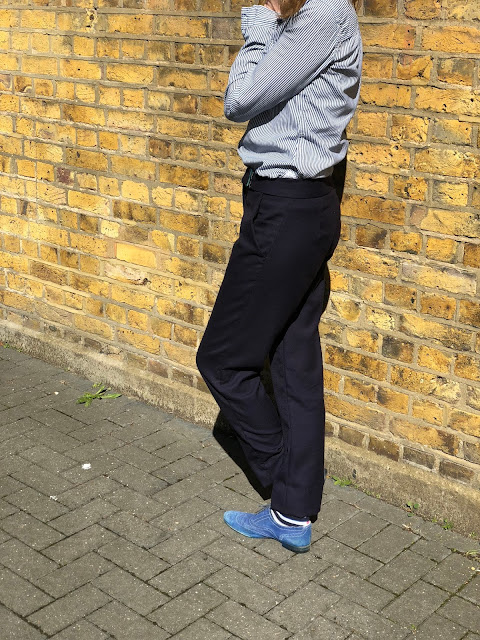 I have 100% embraced the slow-sewing movement by taking an absolute age to complete the Sew Over It Cigarette Pants. Not only have I inadvertently joined an elite gang of mindful sewists I have also joined the ranks of 'grown-up' sewing. I made a pair of navy trousers - not a bright, crazy print in sight!

I cut out the navy crepe in February, attended a Master Class with the delightful Julie Johnston at Sew Over It Islington in March to help me with the fitting.
For the most part, my inactivity can be attributed to my sewing machine still being on the blink so sewing at home was difficult. Another burst of activity happened in May and June at the Village Haberdashery Social Sewing evenings where I would sew a few more elements of the pants.

I eventually finished them this weekend and it coincided with the fixing of my beloved Bernina sewing machine (which I will tell you about another time).

The navy crepe I have had in my stash for years and I have no clue of the origins or fibre content. The pocket linings are leftover scraps from a Camber Set Dress. It is a beautiful Windham fabrics cotton purchased from Ray Stitch. 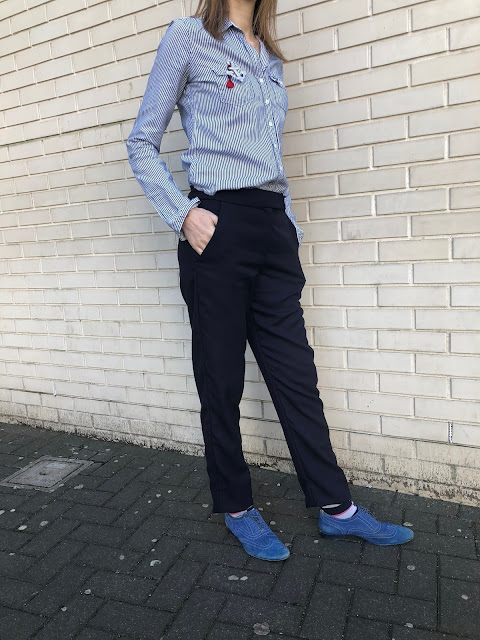 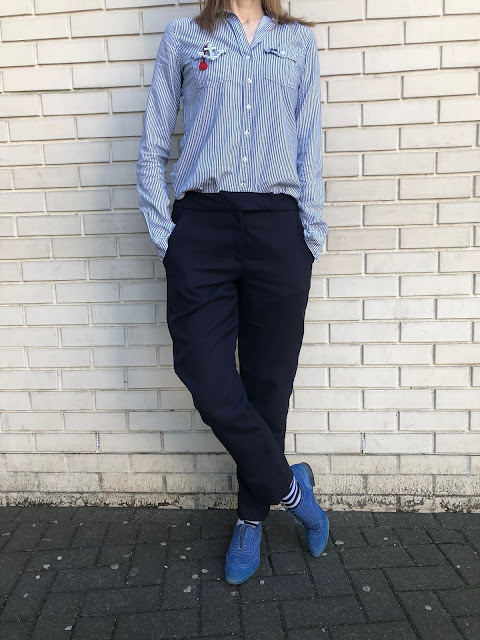 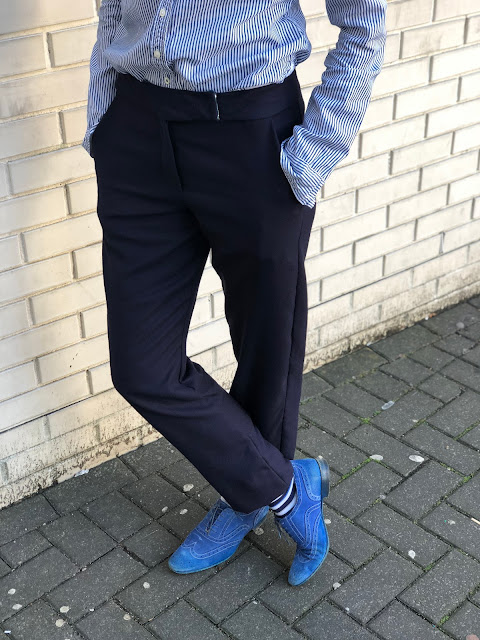 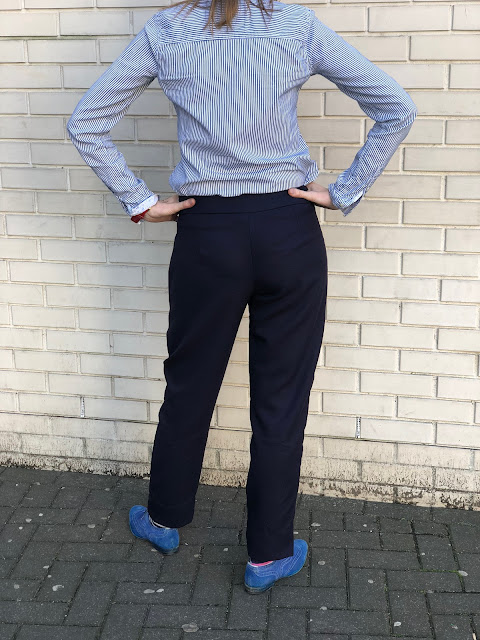 This is my second pair of Sew Over It Cigarette Pants. I made my first version of these trousers in a soft linen mix which has slightly stretched since I made them in 2016. The other annoying thing about my first pair was I had to significantly take them in on the outer seam which means the pocket openings are so tight I can only just squeeze my hand in! 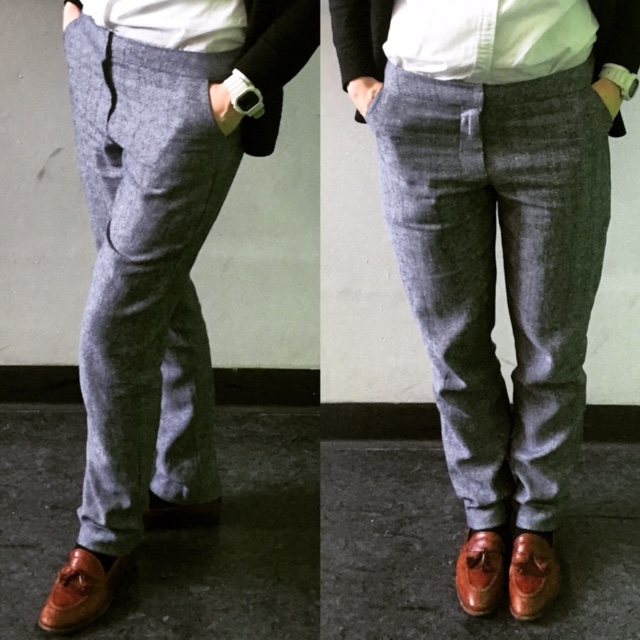 This second version was adjusted with the help of the lovely Julie at SOI.
Changes are as follows:
I am totally happy with the fit now and I would happily add another pair to my wardrobe. I hope it doesn't take me seven months to make the next pair!

I must show you the pretty guts too. I couldn't have a completely plain pair of trousers now, could I? 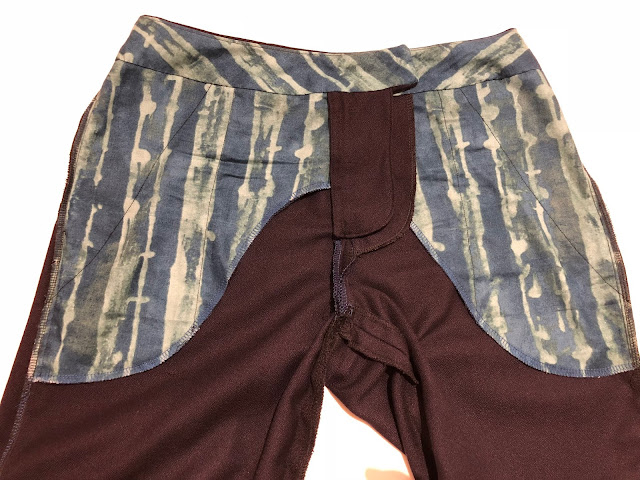 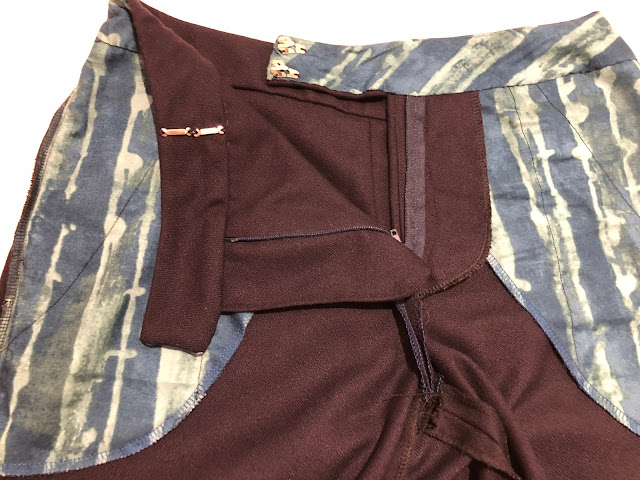 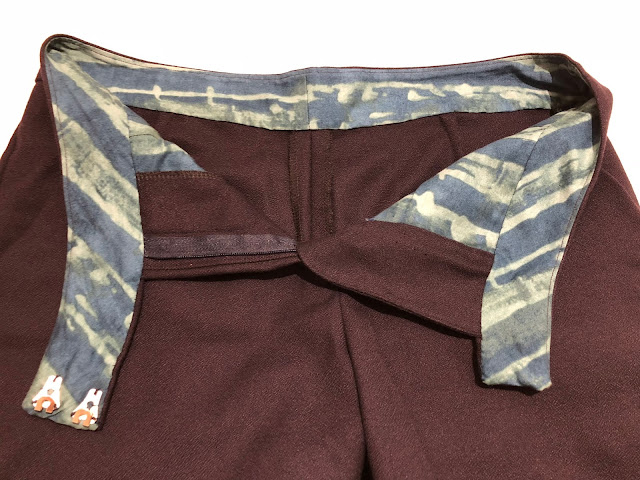 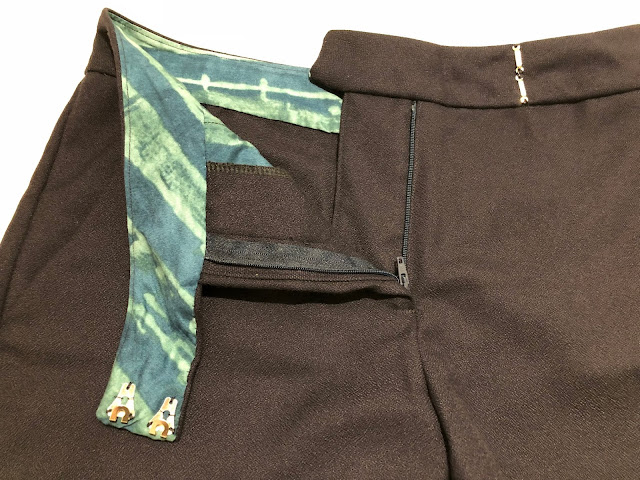 Have you had a sewing project that has taken you ages to finish?
Posted by Caroline at 13:14