Sew Over It Zoe Dress

With my sewing machine still in limbo (it's broken but I'm not sure whether to get it fixed or to buy a new one) I decided to attend the Zoe Dress workshop at the Sew Over It store in Clapham. I was very happy that the uber-talented tutor Julie was teaching the class (over the years she has helped me make the SOI Tulip skirt, 2014, 1960's Coat, 2015, Francine Jacket, 2015, and Cigarette Pants, 2016).

In the spirit of Kate from Time to Sew I am warming up to #makeyourstash which doesn't officially start until March (read about it here). I raided my stash for a suitable fabric which ideally needs some stretch and I found the last metre of a cotton sateen in a colourful geometric print which I bought from Samuel Taylors in Leeds in 2013. If this looks familiar you may recognise it from my By Hand London Victoria Blazer I made last April.

It took some serious fabric Jenga to squeeze the pieces out of one metre of fabric. I had to omit the grown-on pockets and facings and cut them from some scraps of fabric from the Sew Over It fabric bin and some of my own stash. 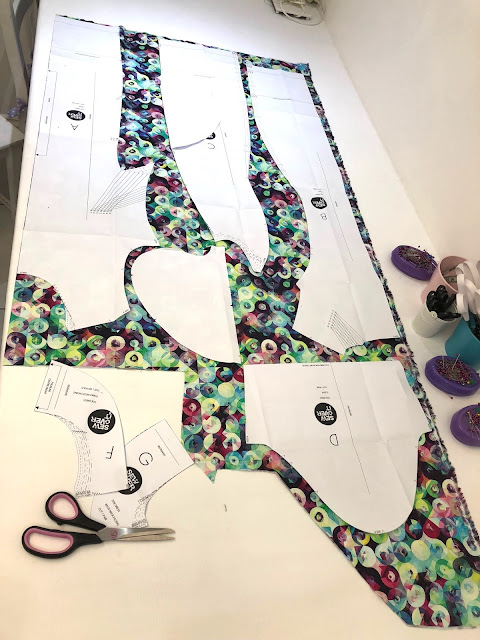 During the construction I made good use of the overlocker (not having one of my own) so the insides are nice and neat. As for fitting, I graded from an 8 for the bodice and with the help of Julie graded out on the back seams only to 10 to accommodate my hips and bum. The Zoe dress is a semi-fitted shift dress which offers a lovely fit with princess seams as well as French darts and pockets that are hidden in the front panels. 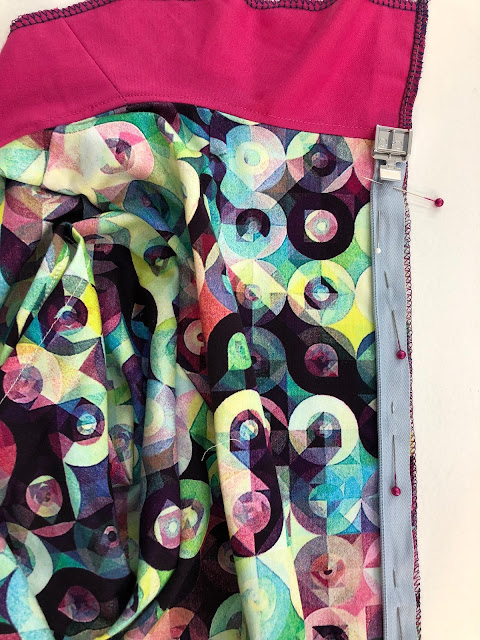 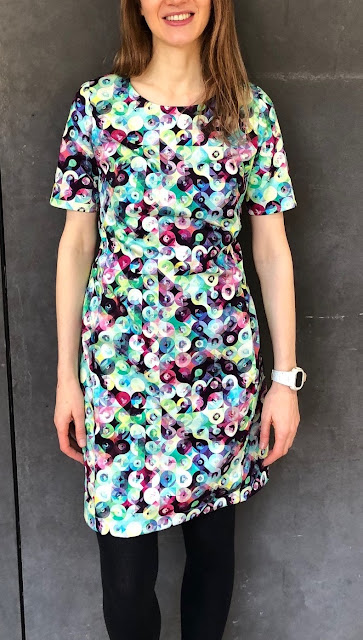 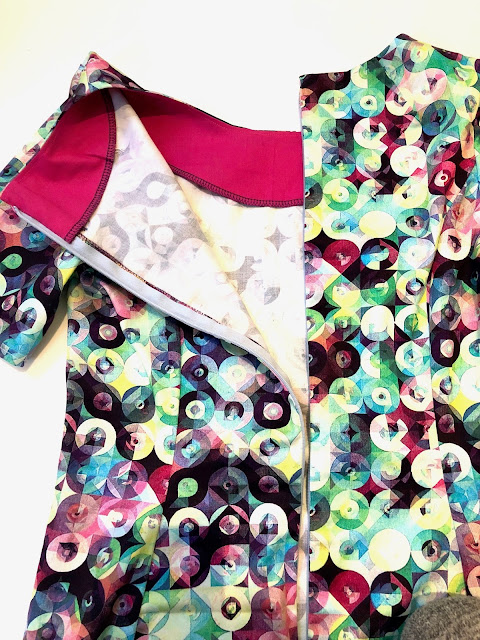 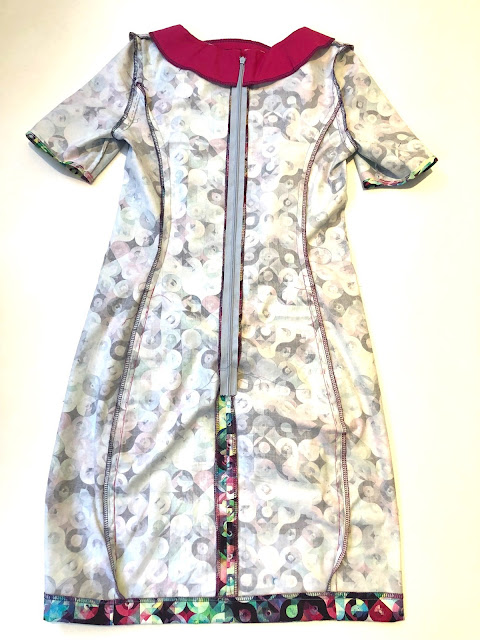 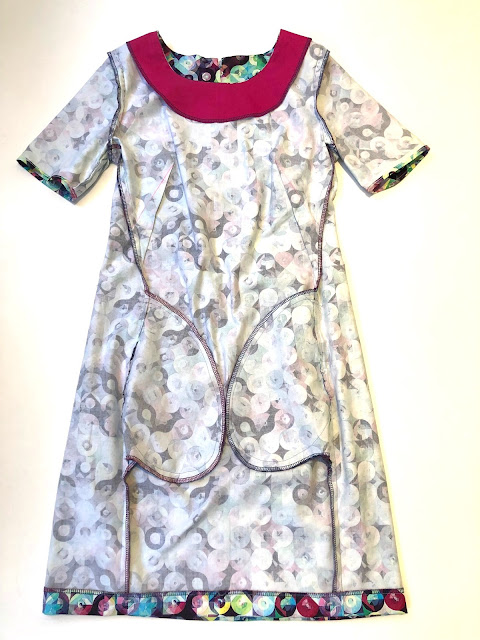 I made a slight mistake when sewing the neckline as I used a 1.5cm seam allowance instead of the intended 1cm. I like how it turned out though and didn't want to un-pick and re-sew. The hem was overlocked then stitched in place with a 3cm hem. This version is maybe a little short for workwear (certain constraints due to limited fabric) so I will add another 7/8cm to the length of the dress for my next version which will hit at the knee.

Overall I am super happy with the Zoe dress and I can see another one in the not-too-distant future.

Check out the other blogs at Sum of Their Stories 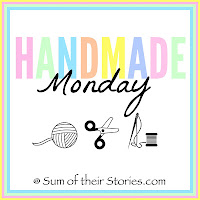 Email ThisBlogThis!Share to TwitterShare to FacebookShare to Pinterest
Labels: #makeyourstash, overlocker, Sew Over It, Zoe Dress