Sew Over It Pheobe Dress 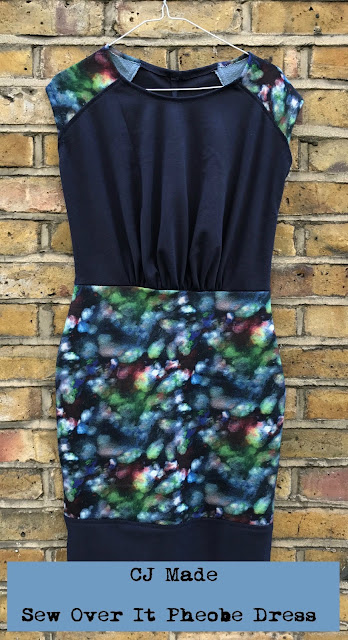 Despite having a huge pile of pre-cut ready-to-go projects to sew I launched straight into a new dress this weekend. The new Sew Over It Pheobe Dress PDF pattern was printed out and taped together on Saturday and sewn together in 3 hours this morning. It is a satisfyingly quick make as many jersey patterns are.

Of course, there always seems to be a glitch. Just as I was putting the finishing stitches in the neckline I made the unfortunate decision to sew a small line of satin-stitch to secure the bottom of the neck opening for the button fastening.
The stretchy material got sucked into the throat plate of my sewing machine, so much so that I had to unscrew it and spend about 20 minutes snipping zig-zag stitches and pulling thread with a tweezer. I eventually freed the dress but it had a huge lump of built up satin stitch and the beginnings of a hole.

The only way of salvaging this unfortunate mishap was to abolish the keyhole neck opening altogether and sew it shut. Luckily, because the dress is made from stretchy jersey it hasn't affected my ability to get into it. I think I will alter the button opening for all future Pheobe's as it makes it a much faster sew. 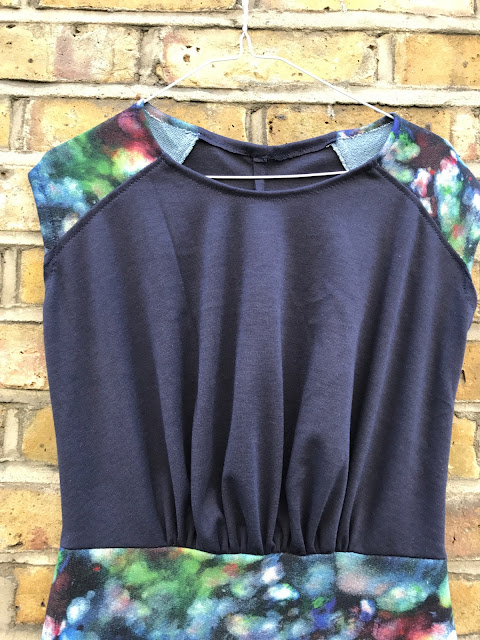 I used the remains of my Liberty Linden sweatshirt with lovely loopback fleece 'Speckled Clouds A' and a gorgeous navy blue bamboo stretch knit from Ray Stitch I've had in my stash for a couple of months. As you can see from the dress I didn't quite have enough Liberty fleece left so had to add a band of bamboo knit for a 'design feature' which I think works quite well. Other alterations I did straight onto the pattern was to grade up a size from bust to waist and hips. In addition I only used a 1cm seam along my hip area as the Liberty fleece doesn't have as much stretch as the bamboo knit. I used a zig-zag stitch on setting 2 with a stitch length of 2. I zig-zagged the Liberty fleece seams on the inside but left the bamboo as it doesn't fray. 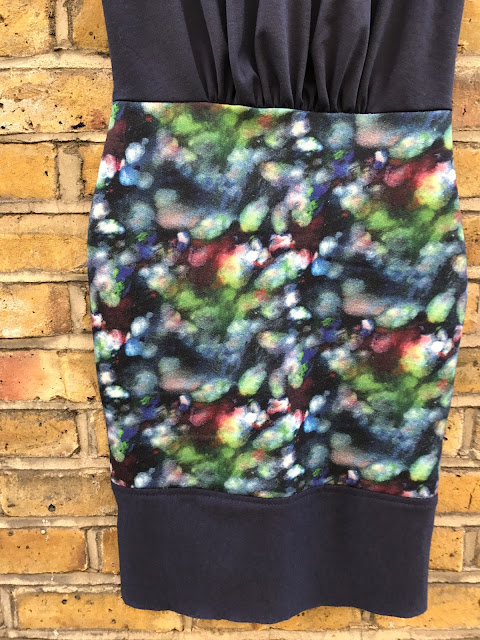 Overall, I am really happy with Pheobe. It is quite a different silhouette to most of my me-made dresses and a great stash buster with less than a metre needed for each section. 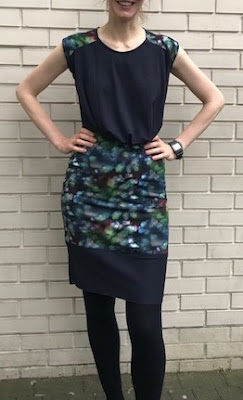 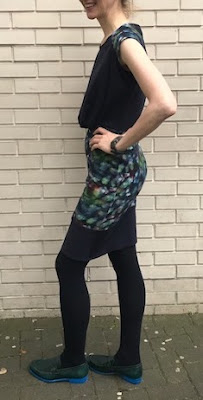