This week I've mostly been wearing..... or OWOP round-up

After reading so many fun reviews of Tilly's now Jane's One Week, One Pattern in 2013 I knew it would be a goal to take part in 2014. At the time I had only one garment made of any particular pattern. So many repeat-makes later I knew I was set to take on the challenge that is OWOP!

Now, what made participating in this wonderful sewing adventure a bit tricky was the fact it was my second week of a new job. So I had to keep it simple with a garment that was work appropriate.

A process of elimination followed:

Two Dolores Pocket Skirts does not a capsule wardrobe make.
Another thing to consider was my Matisse inspired green skirt is a little too distinctive to wear more than once in the working week - or even month for that matter! 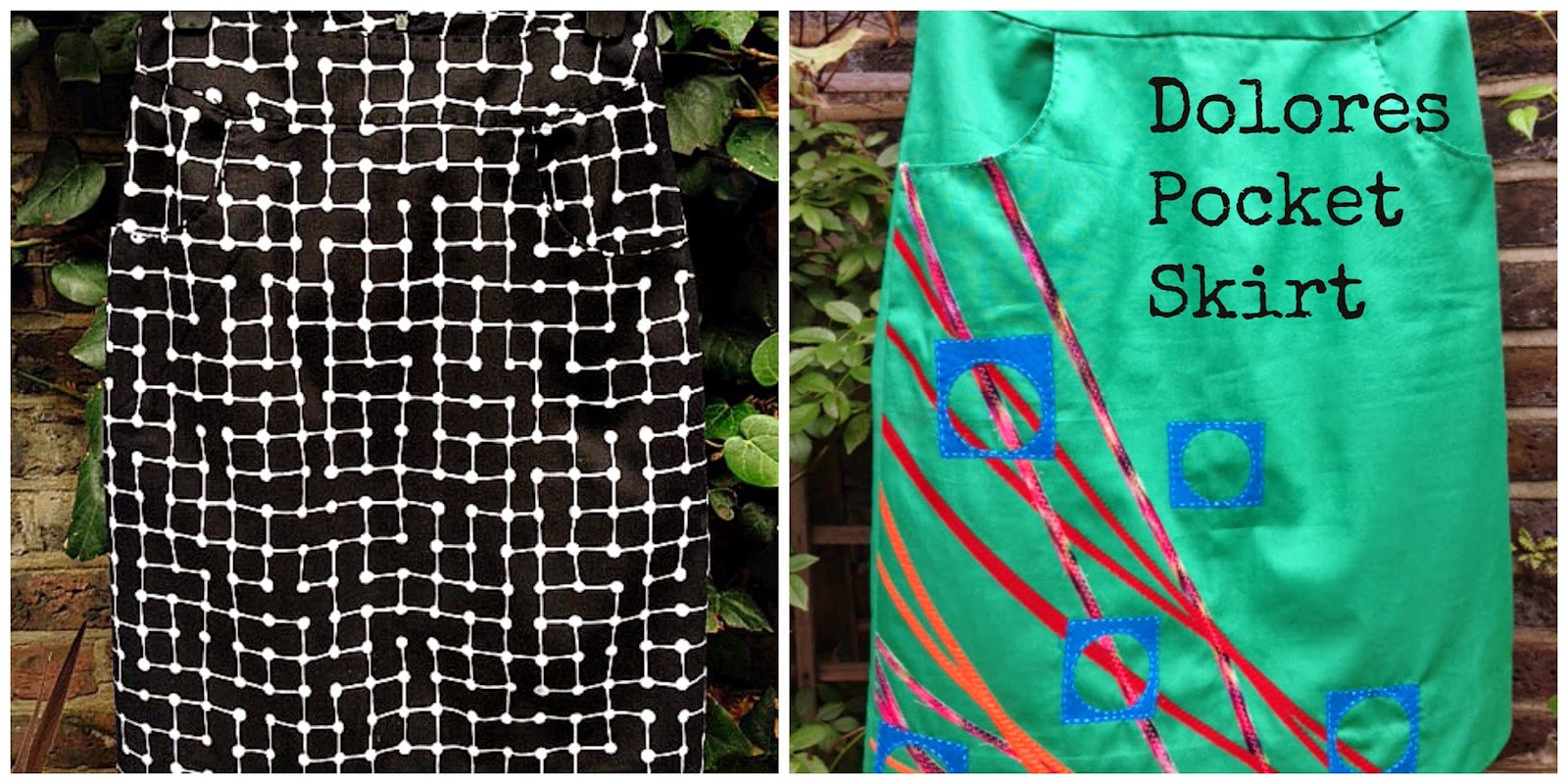 Again, two lovely Colette Ginger's would not be enough to create a full week of outfits... 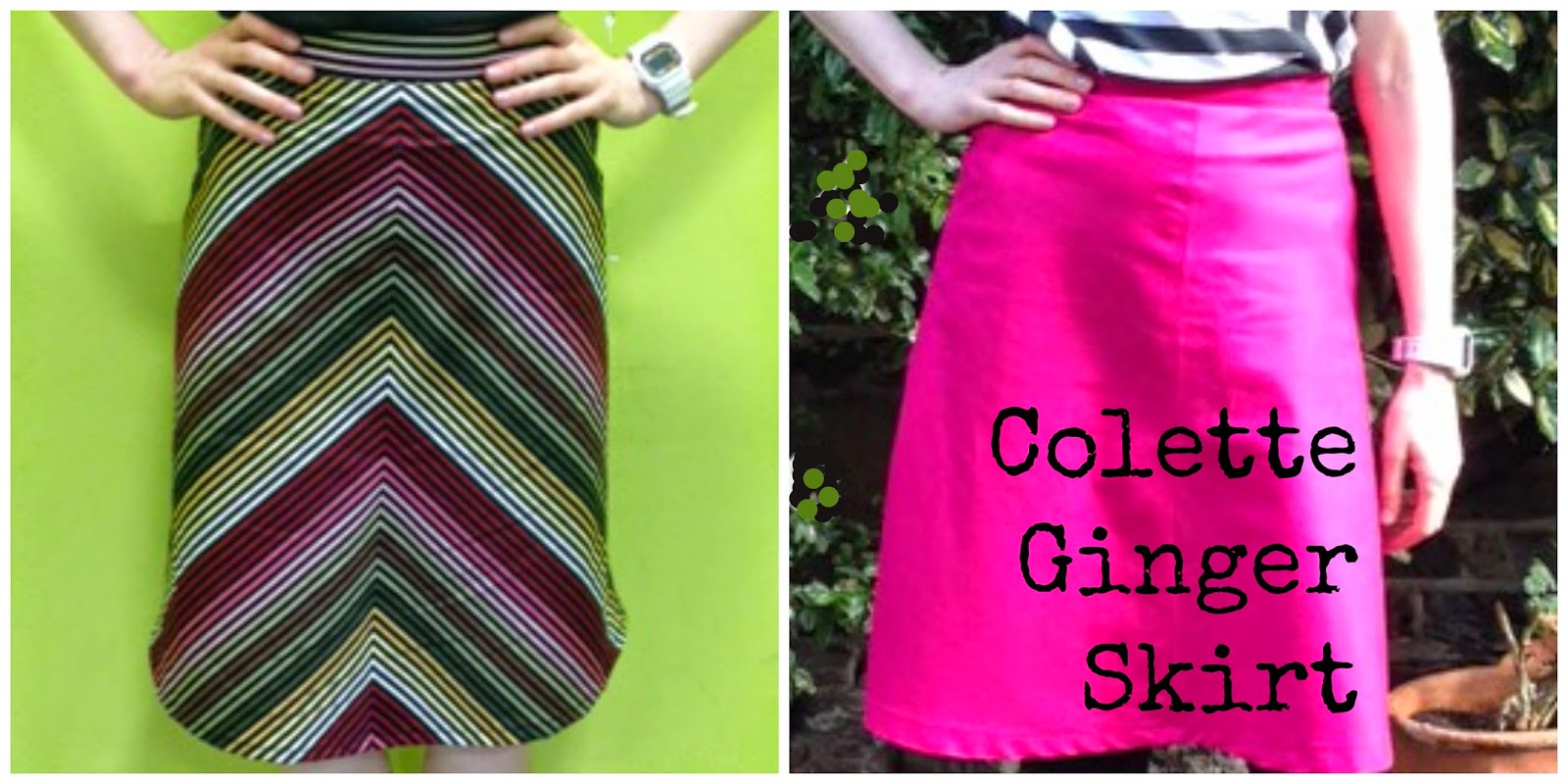 It seems my obsession for sewing two skirts of the same pattern knows no bounds as is the case with my Sew Over It Tulips skirts. Limitations of only two items for the week meant this again was a non-starter. 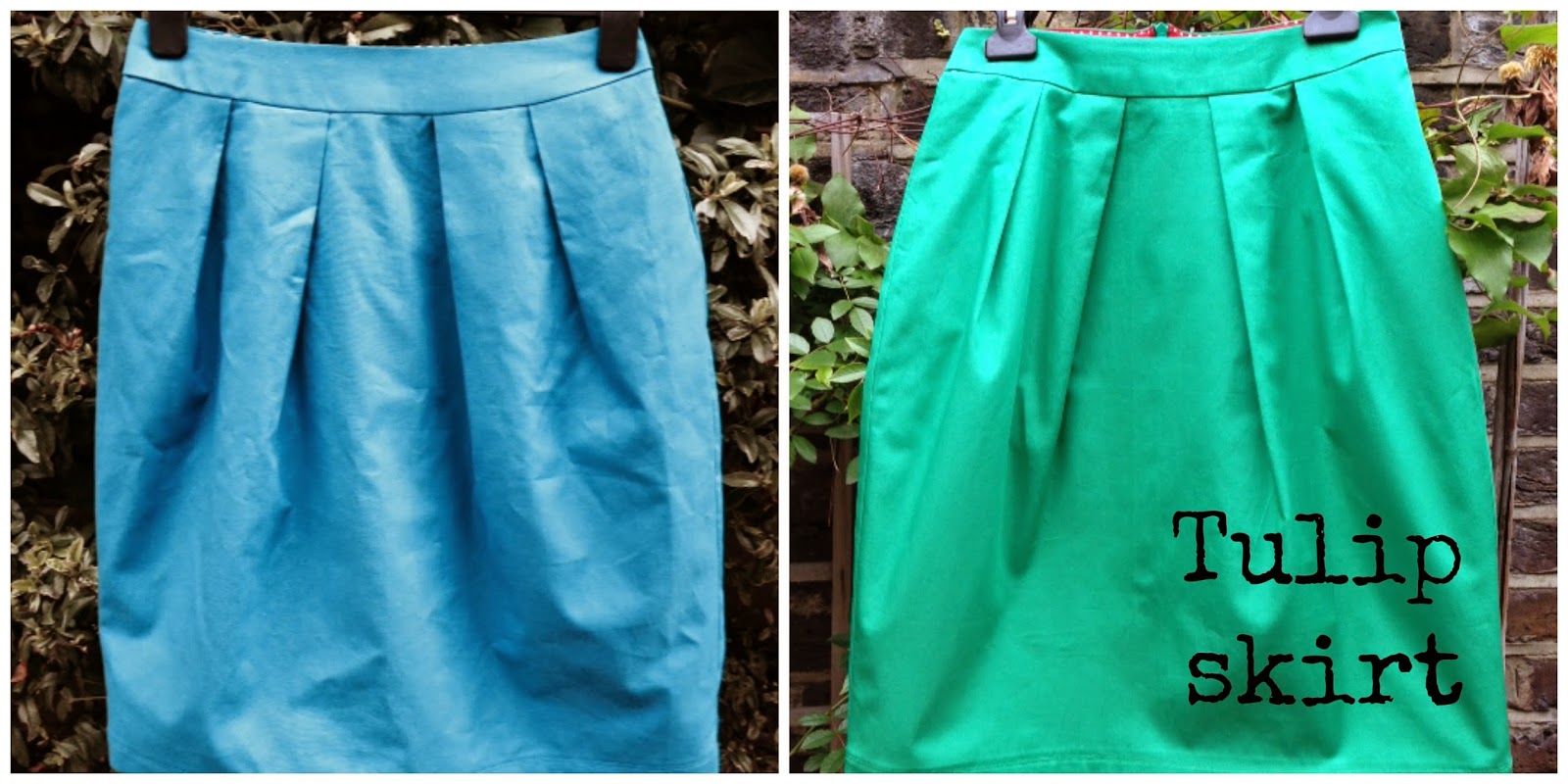 My collection of Colette Sorbetto tanks had the possibility of being the chosen pattern, but I felt that they were a bit too summery looking for my second week at work. 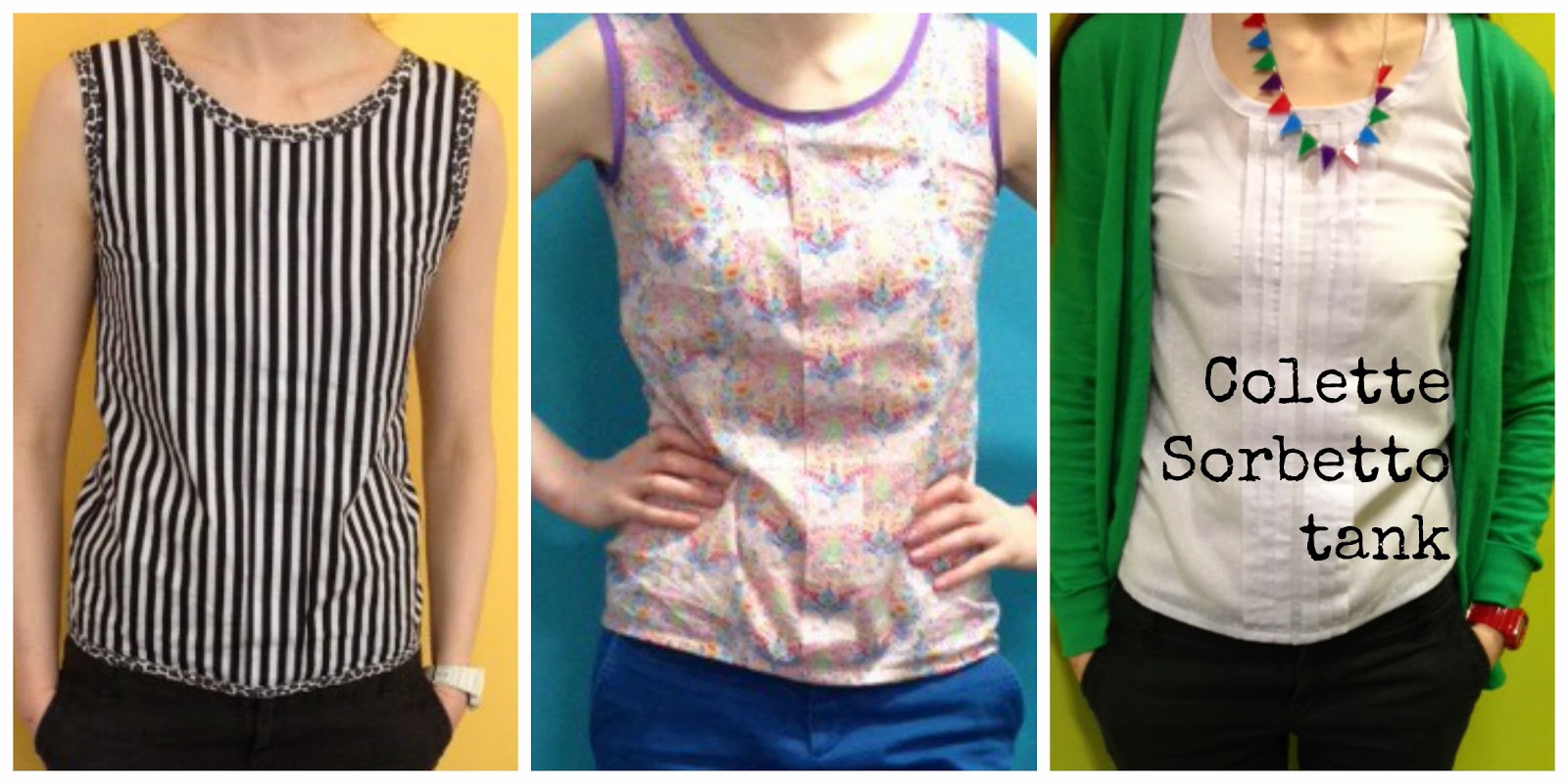 Which left me with only ONE remaining multi-make-me-made item in my wardrobe.... the very versatile Grainline Scout Woven tee.

A great little pattern (that I have modified a few times) gave me the option to wear trousers or skirts to change the look of my outfits. Although due to a few late nights (working) and being generally overwhelmed with information for my new job the final outfits are a very basic version of the same thing...

I must excuse the grainy distorted selfies in this post because its been a hectic week all round in my household . I just don't know anybody well enough at my new place of work to say - 'Hey would you mind taking a photo of me wearing this home-made garment....'. 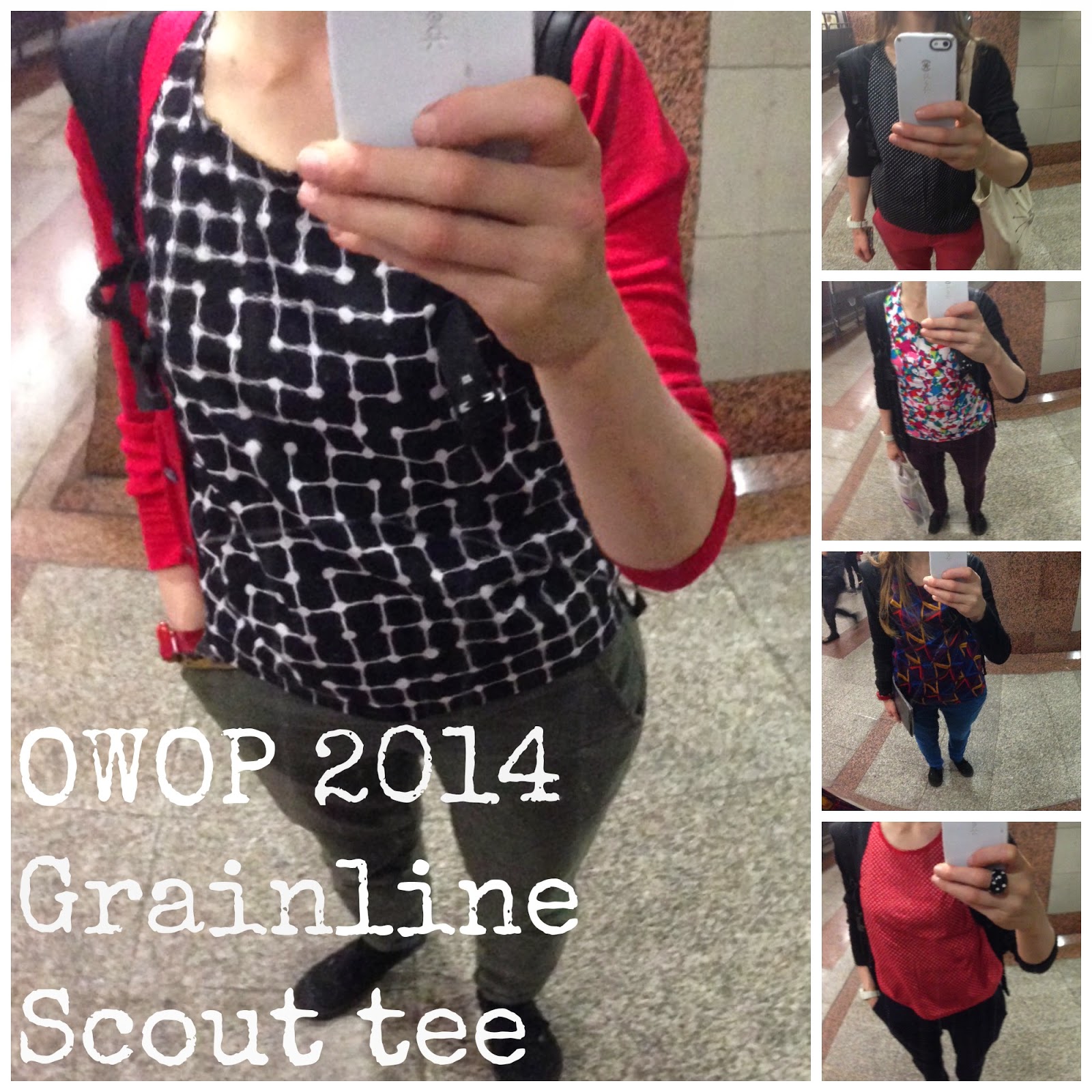 So there you have it. My first OWOP. Done.
And the most selfies I have ever taken all in one week ; )
Just in case you were wondering why I had very bendy and extremely weird looking legs, all selfies were taken at Angel tube station because I have no full length mirrors in my house due to my ongoing house renovation.

Lastly, there are only five photos because I spent all last weekend wearing DIY clothes. Too hideous looking to blog about but to give you a visual image: I would say they channel a 1990's deconstructed grunge vibe with a little bit of Jackson Pollock thrown in for good measure!

Did you take part in OWOP?
How did you get on?
Posted by Caroline at 02:45

Email ThisBlogThis!Share to TwitterShare to FacebookShare to Pinterest
Labels: OWOP