When I moved to the centre of London last Christmas I made a little vow to myself that I should make the most of my location and get out to see more events and theatre shows.

I managed quite a number of theatre visits in 2013:

Matthew Bourne's Sleeping Beauty at Sadler's Wells in January. I went to see this with some friends form work and I really enjoyed the dark, beautiful, funny, intriguing and magical show. A great start to the year!

Paper Cinema's Odyssey in Februaryat the Battersea Arts Centre was amazing! I have never seen anything like it before - its a live animation with musicians creating the soundtrack. I would highly reccomend seeing this if you ever get the chance! 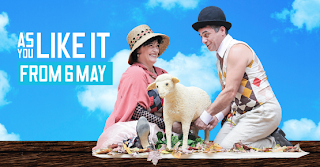 Shakespeake's 'As You Like It' at the Globe was a fun night with the girls. It was rather chilly May evening so the hired blanket and cushion really came into their own. Ity turned out that the entire perfomance was in Georigan - which made for interesting intreptations of the plot! It was certainly an experience.


In July a group of us went to support the lead actor (a friend of a friend) in a show at the Bridewell Theatre which was intense and pretty mad! 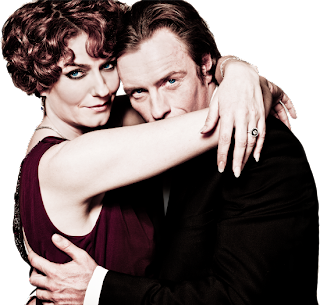 In September I treated the girls to tickets for Private Lives at the Gielgud Theatre in the West End. Anna Chancellor and Toby Stephens played the leading roles and it was genuinely much funnier than I expected. A brilliant play!

The final theatre visit of 2013 was to see Stomp at the Ambassadors Theatre in late November with my best friends from Leeds. This is a production that I've wanted to see for a long time and it didn't disappoint; bold, exciting and fun!
Posted by Caroline at 05:44